Make a donation and wear Jeans to work in April! 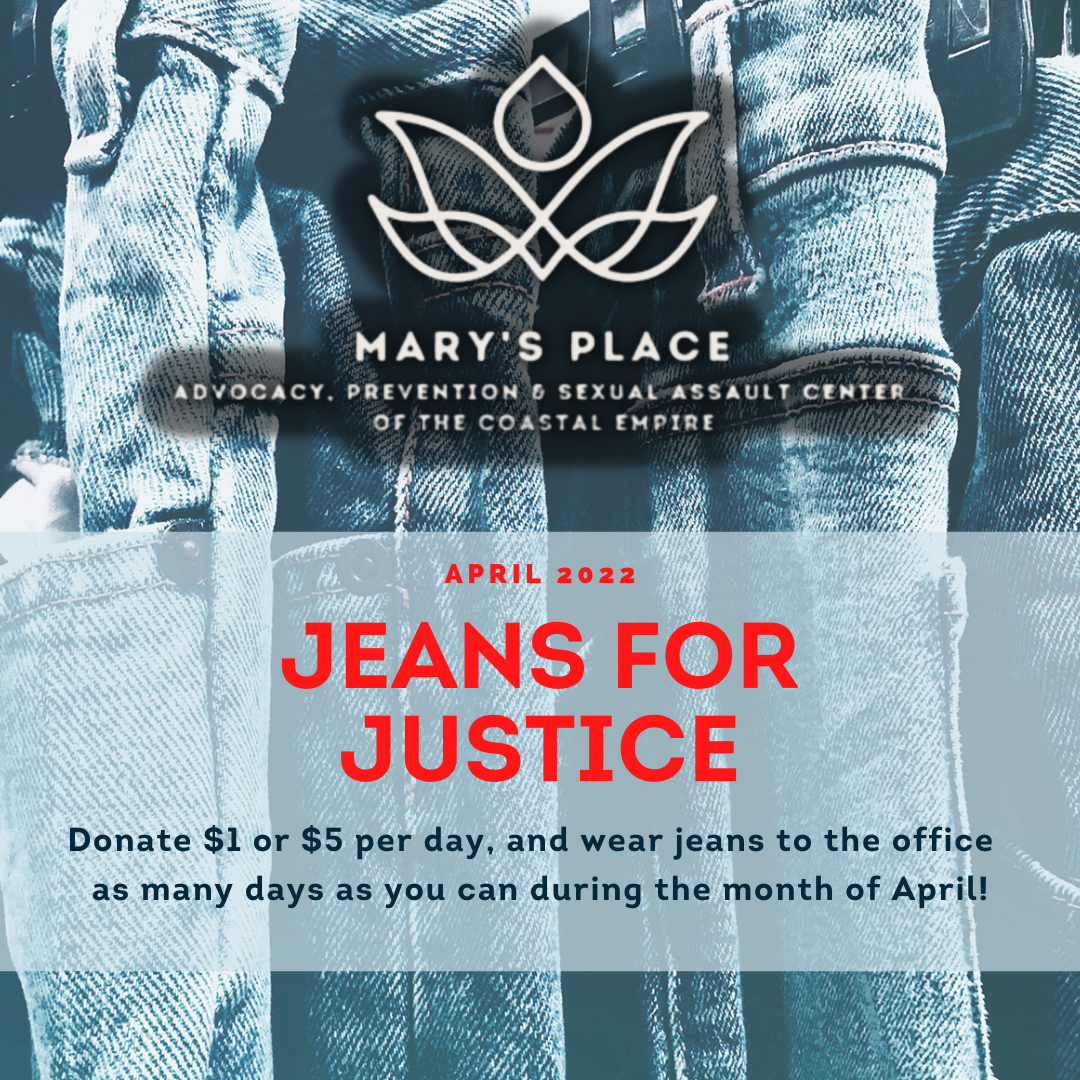 We are no longer accepting donations on this campaign, but there are other ways for you to support us today!

Mary's Place is asking for your particiation in this year's "Jeans for Justice" in protest of sexual violence against women in our community.

Early in February 1999, a Judge in Italy overturned the 1998 rape conviction of a 45-year-old driving instructor named Carmine Cristiano. A lower court had sentenced Cristiano to two years and eight months in prison for raping an 18-year-old student. The Appeals Court said the girl must have consented to sex and sent the case back for retrial.

The Court of Cassation ruled that it is impossible to take off tight pants such as jeans "without the cooperation of the person wearing them." and said it is impossible if the victim is struggling. The court also questioned why the victim, identified only as Rosa, waited several hours to tell her parents she'd been attacked.
"It could be seen as a manual for aspiring rapists," the Rome daily Il Messaggero fumed in a front-page story. Alessandra Mussolini, a deputy of the rightist National Alliance called the ruling "shameful" and said it "offends the dignity of women.
A group of women lawmakers wore jeans to Parliament the day following the ruling. They displayed a sign that read "Jeans: An Alibi for Rape." Massimo D'Alema said he could not comment on the ruling as Prime Minister, but as a private citizen, he expressed "solidarity" with the protesting female lawmakers. Protesting lawmakers asked women all over Italy to join a "skirt strike" and wear jeans. The anchor of a popular television show (known for her chic dresses) also donned a pair of denims. A housewives federation ridiculed the court by offering a prize to any designer who comes up with "easy-off jeans" and it planned a march in dungarees to the Justice Ministry. Union Official Stefania Sidoli said, "We thank the court for having enriched women's wardrobes with a new garment. To the business suit and the little black dress, we can now add the anti-rape outfit: a comfortable and resistant pair of jeans."
Protests have now gone global. In the United States, Abuse Counseling and Treatment in Florida coined the phrase "Jeans for Justice." Mary's Place of the Coastal Empire (formerly Rape Crisis Center) is encouraging you to bring the message home. Utilize the symbolism of jeans to bring attention to sexual assault, and let others know that such crimes will not be tolerated in your community